The Wittmann family has been growing grapes and producing wine in the small Rheinhessen village of Westhofen since 1663. Today, the estate cultivates 62 acres of vines in the rolling limestone hills found in the southern part of the region, just west of the Rhine river valley. They have been pioneers in developing the fullbodied, well-balanced style of dry wines for which the region has become known. And they were early adopters of organic and biodynamic viticulture. Riesling is the dominant grape variety, accounting for 65% of the estate’s vineyard area. They also produce the three Pinot varieties (Pinot Blanc, Pinot Gris and Pinot Noir), as well as Silvaner, all of which have a long tradition in Westhofen. In addition, small quantities of Scheurebe, Chardonnay and some minor varieties are grown.

The estate has as its foundation the pursuit of balanced wines that have tension, depth and intensity, but are at the same time fresh and elegant. Philipp Wittmann has no doubt that this complex character can only be created in the vineyard, so attention to detail in the viticulture is of primary importance. Phillip’s father, Günter, took a major step in this quest when he converted all of the estate’s vineyards to organic viticulture in 1990. No herbicides, fungicides or chemical fertilizers have been used in the vineyards for over 20 years. In 2004, Philipp took the next important step by achieving Biodynamic certification for the entire estate.

The Wittmann family has developed a deep bond with the land they cultivate. This respect for nature and commitment to quality earned Philipp Germany’s Winemaker of the Year 2014.

The Rheinhessen is Germany’s largest wine growing region. It is a vast area of rolling hills in the bended knee of the Rhine river, between the Pfalz and the Rheingau. Wine grapes have been cultivated here since Roman times. Many different grape varieties are grown, with Riesling recently reclaiming its rightful position as the leading variety. The soils are primarily based on limestone, with a mix of topsoils, including clay, marl and loess. The Wittmann estate is in an area known as the Wonnegau, at the very southern end of the region, near the city of Worms. Westhofen is an old market town in this area, which enjoys a relatively mild climate. Westhofen’s south to southeast-facing vineyard slopes rise from the glacial valley of the Rhine to the rim of a high plateau. There are four Grosse Lage (grand cru) sites:

Aulerde - First documented in 1380, the Aulerde site lies at the foot of the protective slopes of the Kirchspiel vineyard, and it is the estate’s warmest site. The topsoil is mostly a deep layer of loess, but in a small portion of Aulerde there is a heavy clayish marl with only a small amount of limestone. It is only here that Riesling is grown.

Kirschspiel - The Kirchspiel site opens toward the Rhine like an amphitheater. Its south to southeast exposure protects the vines from cold westerly winds and accounts for the excellent microclimate of the vineyard. The soil structure is marked by clayish marl interspersed with limestone.

Brunnenhäuschen - The Brunnenhäuschen site is situated high on the slope above Westhofen. Due to its elevation, grapes ripen slowly and harvest usually takes place after a very long growing season. The finest portion of Brunnenhäuschen is an old parcel known as “Abtserde,” where Wittmann has 1.2 acres of Riesling. This site has a clayish marl that is rich in limestone. Due to a high iron oxide content, parts of the soil are reddish in color, also referred to as “terra rossa.” The subsoil is interspersed with large limestone rocks.

Morstein - Morstein is situated on a south-facing slope that has a subsoil of massive limestone rocks. This site dates from 1282, and Wittmann owns about 10 acres in the best, southeast-facing parcel. The topsoil is heavy clayish marl interspersed with limestone. The subsoil is also heavy and marked by layers of limestone that help circulate water. This ensures that the vines are well supplied with nutrients and minerals, and accounts for the mineral character of Morstein wines

Philipp looks for natural balance in the vineyards, in order to slow the ripening process and harvest grapes that have fully developed flavors, but are not overripe and still have moderate must weights. The goal is to produce richly flavored, full-bodied wines that don’t exceed 12.5 to 13.0% alcohol. In warm years, this can sometimes mean hanging a higher crop early on, and then reducing it by cutting individual clusters in half or through a series of selective pickings for the different tiers of quality.

All of the fruit is harvested by hand and carefully transported to the winery. After four to 24 hours of skin contact, it is pressed in a modern pneumatic press, which is as gentle as an old-style basket press, giving pure, clean juice without the phenolic bitterness that can come from heavy pressing. Spontaneous fermentation with indigenous yeasts, as well as post-fermentation maturation, takes place in a combination of stainless steel tanks and large, neutral oak casks (1,200 and 2,400 liters), depending on the wine. In typical years, the basic estate wines are produced in 50% stainless steel and 50% oak casks, whereas 70% of the Grosses Gewächs (GG) wines are produced in wood casks. The wines are kept on the lees until bottling in April (August for the GGs). 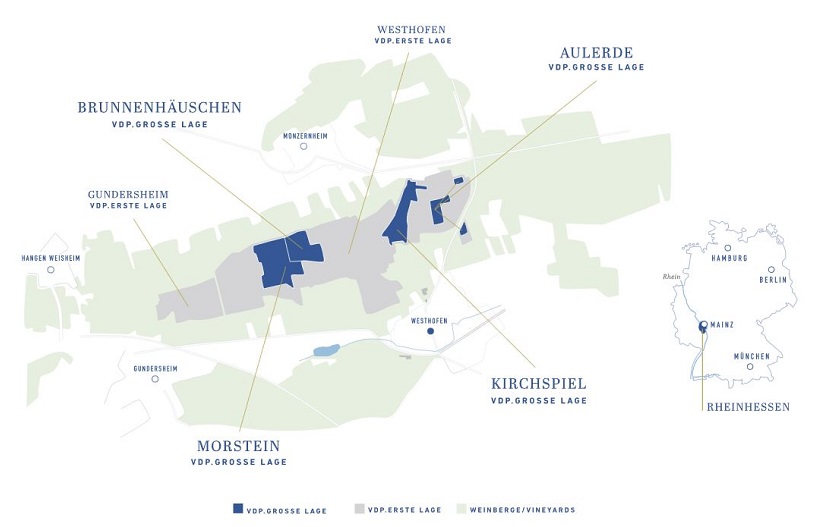 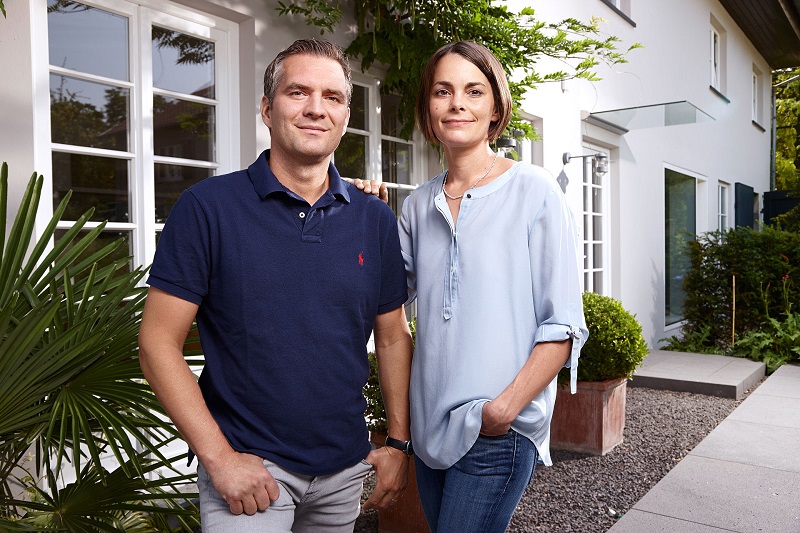 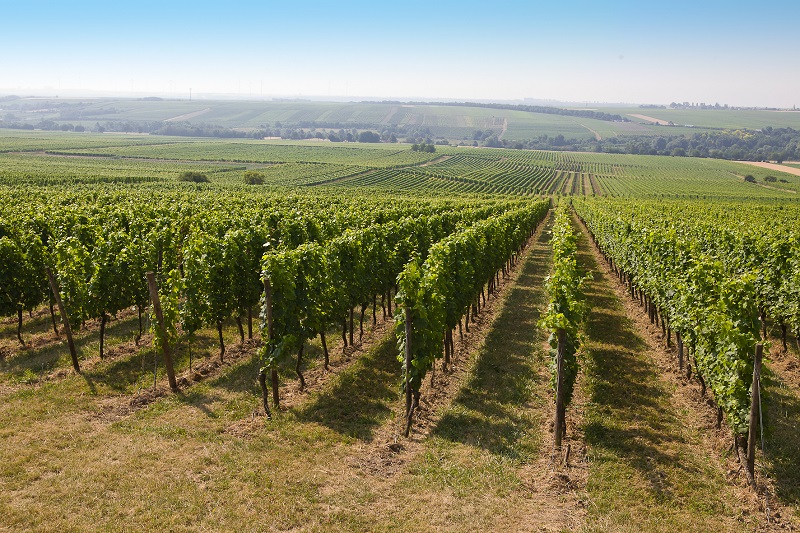 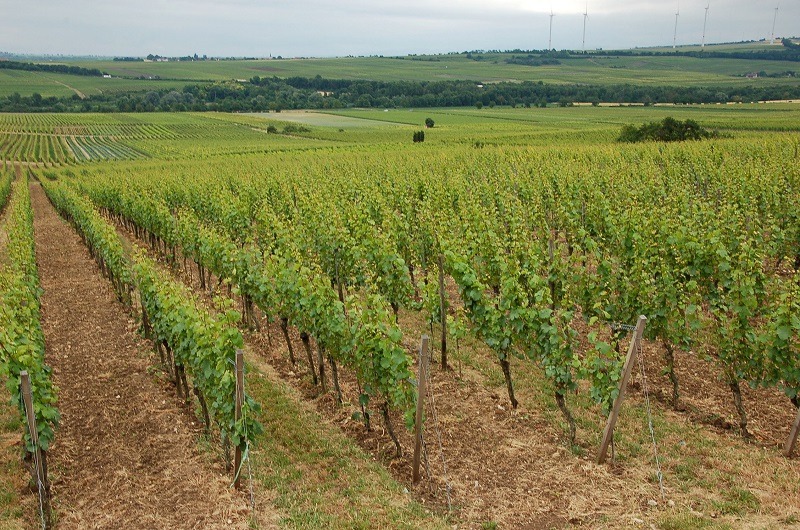 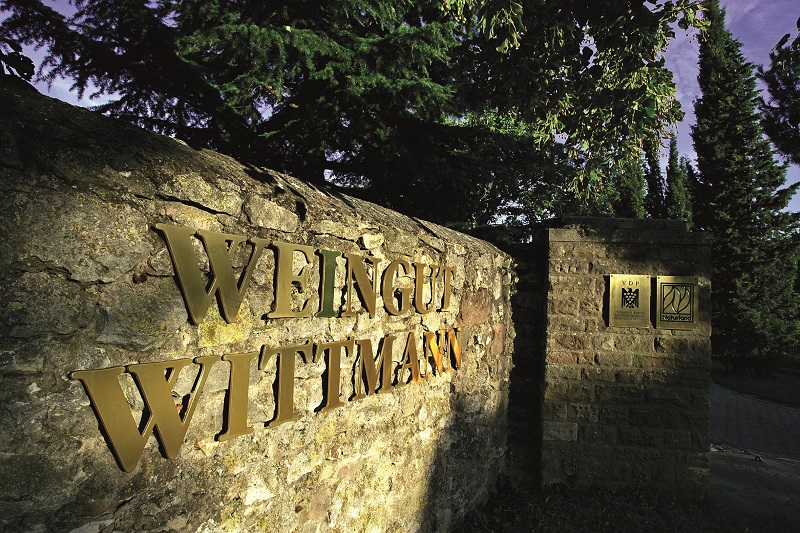 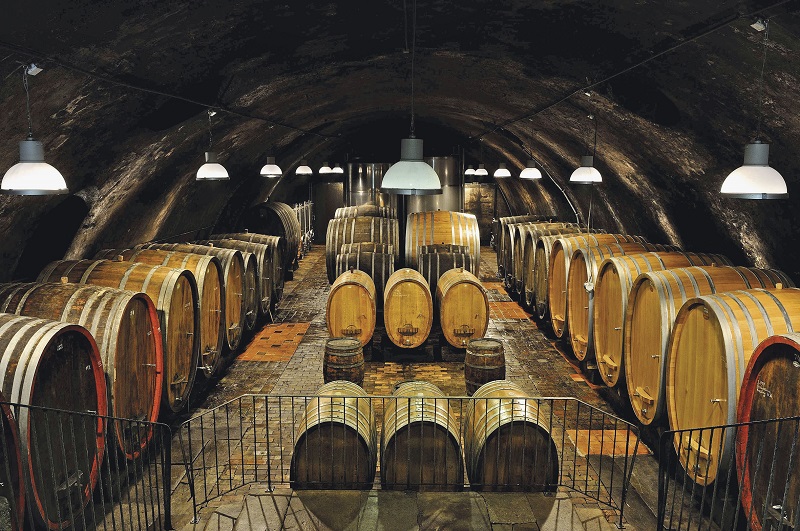