Garofoli is one of the oldest wineries in the Marche, dating back to 1871 when Antonio Garofoli began producing wine for the local pilgrims coming to the famous church of Loreto. In 1901, Antonio’s son, Gioacchino, founded the Gioacchino Garofoli winery. His two sons, Franco and Dante, succeeded him in management of the estate after World War II.

Casa Vinicola Gioacchino Garofoli became a company in 1950 and started distributing the Garofoli wines to Italy’s major cities, as well as other European markets. In the early 1970’s, Franco’s sons, Carlo and Gianfranco, joined the family company. Together, the two generations worked to further development of the winery’s production and commercial activities. Today, Garofoli wines are available in more than 50 countries worldwide. Altogether, the Garofoli family has been involved in the wine industry for more than five generations. The same philosophy has always guided the estate: constantly updating production techniques while respecting traditional winemaking methods and the unique terrior of the Marche. In 2005, the fifth generation entered the Garofoli company: Carlo’s daughter Beatrice and Gianfranco’s daughter and son, Caterina and Gianluca. Gianfranco Garofoli, has also been the president of “Istituto Marchigiano di Tutela,” the consorzio of Marche wineries since 2010.

“Gianfranco and Carlo Garofoli, now capably helped out by their children, were among the first in the area to believe in Verdicchio’s great potential, investing time and research in the variety, and even creating sparklings wine with it. After four generations and counting, this is one of Italy’s most solid estates with many fine wines to choose from.” — Ian D’Agata, Vinous

Hills are the predominant feature of the Marche's countryside. They slope down from the eastern side of the Apennines toward the Adriatic sea. These hills are particularly well-suited to the cultivation of vines because they are sheltered from the winds off the Adriatic Sea and have a warm, sunny exposure. These conditions and the varietals cultivated here have assured the reputation of the region’s wines since ancient times. The wines get their famous minerality from the white calcareous clay soils.

Garofoli’s estate vineyards cover a total area of about 128 acres. They are situated in the zones of Montecarotto (Jesi area), Paterno and Piancarda (Mt. Conero area) and Castelfidardo. The winery selects the most suitable positions in the vineyards and the best moment for harvesting to ensure that it will obtain the best base, depending upon the type of wine desired.  The characteristics of each property are the following:

Garofoli produces its wine in two locations – Serra de' Conti winery located in the classic production zone of Verdicchio dei Castelli di Jesi wine where they vinify Verdicchio grapes using the most modern techniques, and Castelfidardo winery, where they produce Rosso Cònero, Rosso Piceno, as well as other non-DOC white and red grapes. The Castelfidardo winery is also the site for wine maturation and aging, the preparation of sparkling wines and bottling. 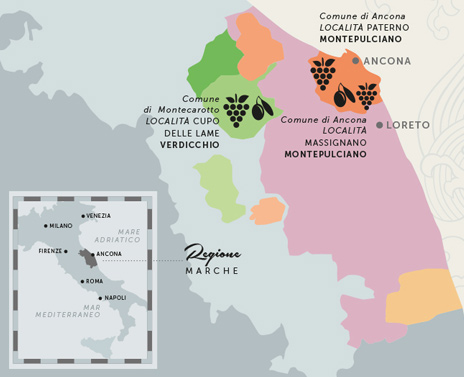 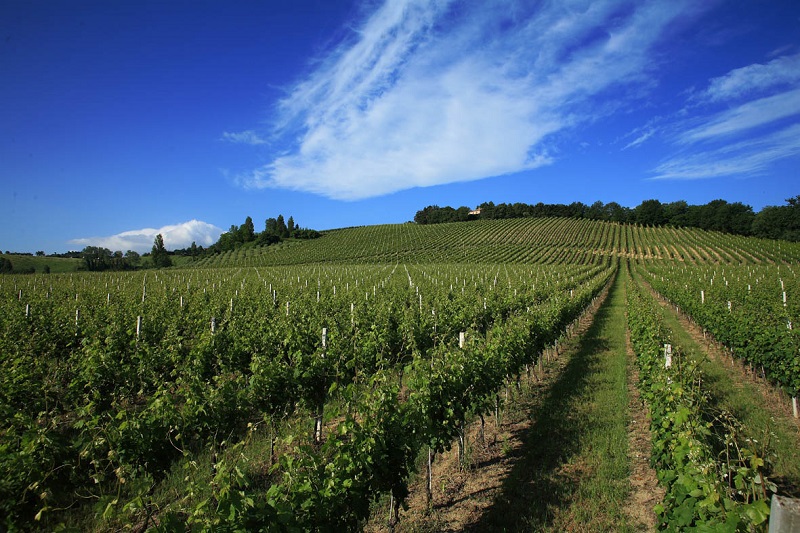 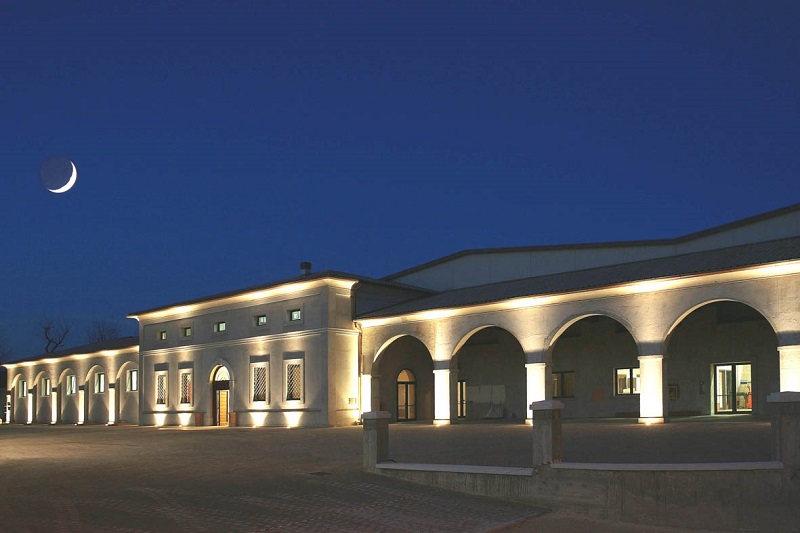 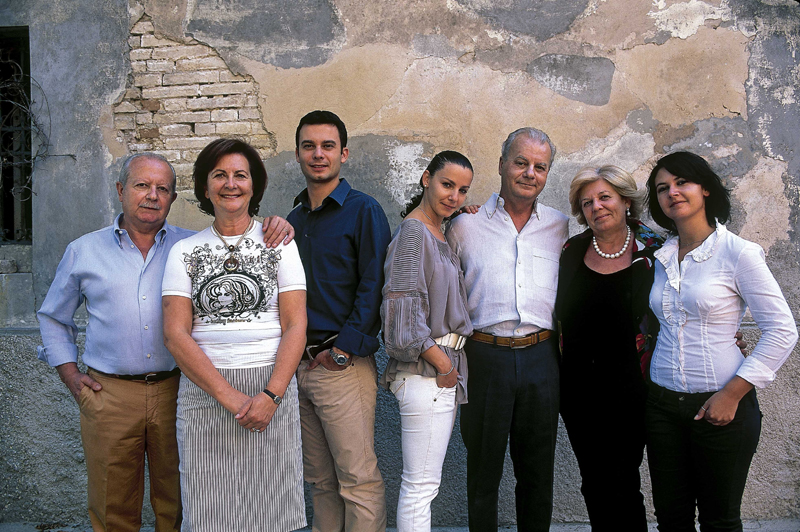