Domaine Dujac was founded by 26-year-old Jacques Seysses, son of a successful biscuit manufacturer, Louis Seysses. Jacques first developed his winemaking career as an apprentice to Gérard Potel at Domaine de la Pousse d’Or. After two harvests at this domaine, he learned the essentials of their winemaking style and met some of Burgundy’s most revered winemakers. In 1967, he purchased 4.5 ha (11 acres) at Domaine Marcel Graillet in Morey-Saint-Denis and renamed the winery after himself as the “Domaine of Jac”, or Domaine Dujac.

From the start, Jacques set his mission on blending modern techniques with traditional winemaking, while also refining a style that he could call his own. In 1978, Jacques obtained a degree in oenology and, overtime, provided guidance to interns including Ted Lemon of Littorai and Jean-Pierre de Smet, former owner and winemaker of Domaine de l`Arlot. As Dujac’s holdings expanded – from 5 ha in 1968 to nearly 16 ha today – Jacques and his wife Rosalind looked beyond local markets and exported nearly 80% of their production to 18 countries around the world.

Today, the estate is transitioning to the next generation with son Alec, assuming many of his father’s administrative duties, son Jeremy who is heavily involved in winemaking & marketing, and Jeremy’s wife Diana Snowden, a UC Davis graduate in enology in charge of managing the cellar.

Chambers & Chambers and Domaine Dujac have a long and intimate history, as we have been importing every vintage they have released to the U.S. since their first in 1969.

“One of the very finest estates in Burgundy...the wines are among the most elegant, complex and flavorful in the Côte d’Or.” - Robert Parker, The Wine Advocate

Jacques Seysses is most notably recognized for his support of clonal selection research used during a replanting program between 1978 and 1983 where he created six distinct clones specifically for Clos-de-la-Roche and revinified the virtually extinct Clone 123, known for its small berry size. Beginning with “lutte raisonée” management in 1987, the vineyard practices have since moved to organic farming as of 2001.

Manager Lilian Robin has continued the enormous ongoing effort to incorporate biodynamic farming that was initiated at the domaine in the mid-1980s by the late Christophe Morin. To this end, no herbicides or insecticides have been used since 1986 and other viticultural practices are under constant review. Today, approximately 75% of the vineyards are now farmed organically with most of it also under biodynamic practices.

“We are biodynamic, but I try not to make too much of it – we will never be putting our organic status on the bottles. It’s just about good winemaking.” - Jacques Seysses on Dujac’s committment to the environment

Jacques Seysses became a leading advocate of minimal destemming. He believes that the mature stems actually reduce the amount of hard tannins in the resulting wine and help to avoid bruising the grapes as a result of the destemming during the fermentation process. The underground cellars have recently been extended to achieve cooler temperatures which enable the malolactic fermentation to occur later, thus reducing the number of rackings required.

The team reduces the need for sulfur by using a generous portion of French oak (roughly 40% for the village wines, 60% to 85% for the 1er crus and up to 100% for the grand crus) for about 18 months, which results in a long, slow oxygenation to young wines and helps to bring out stabilizing tannins. Seysses ensures the barrels have light toast to prevent overpowering the wines. All wines are bottled unfined and unfiltered. 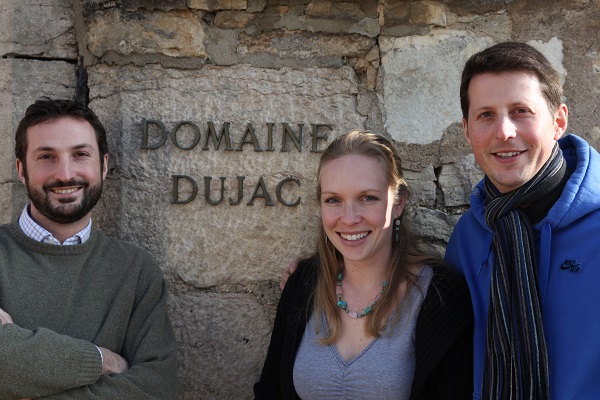 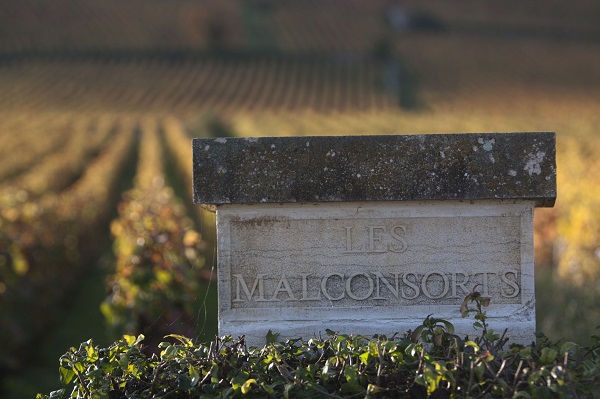 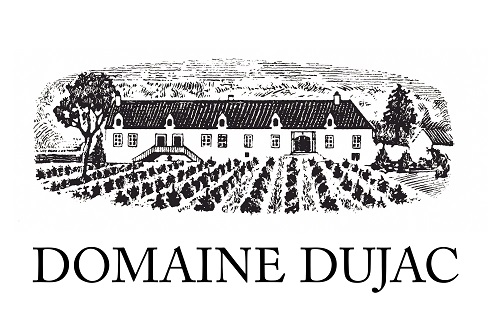