Occidental is the highly-lauded project of famed winemaker Steve Kistler and his family. Steve is most well-known for his eponymous label, Kistler Vineyards, which has been dedicated to making world-class Chardonnay and Pinot Noir from California’s north coast for over 30 years.

While Steve remains CEO of Kistler Vineyards, his desire to focus solely on Pinot Noir was the impetus behind creating Occidental. Situated just 4 miles from the Ocean in western Sonoma’s Bodega Headlands, Occidental currently has 85 acres of primarily Pinot Noir planted to a proprietary selection from Grand Cru Vosne-Romanée clones on Riparia Gloire and 101‐14 rootstocks. The vineyards benefit from an ideal south-facing aspect (not shared by neighboring sites), as well as the Petaluma Gap’s cold, windy climate. In fact, the area rarely sees temperatures over 80 degrees. In short, it is a wonderland for Pinot Noir.

Similar to his philosophy at Kistler Vineyards, Steve embraces a “less is more” approach to viticulture and winemaking at Occidental. Steve’s ultimate goal was to reduce the size of the operation and increase the level of attention in order to make Pinot Noir that is rich with flavor, but not overly extracted or tannic. The vineyards are farmed with great skill and commitment by many of the same men and women who have worked alongside Steve at Kistler. In the winery, Steve works with his original cellar crew, many of whom have worked with him for twenty-five years.

The Occidental vineyards define the western edge of where pinot noir can be grown successfully on the Sonoma Coast. Since the early 1990s, Steve Kistler has believed that the climate and soils on the uplifted marine terraces and ridges around the town of Bodega would be ideal for growing distinctive and Burgundian-style pinot noir.

Occidental’s goal in wine growing is to farm sustainably, relying heavily on organic techniques to maintain a natural balance in the vineyard and to keep man-made inputs to a minimum. Occidental’s approach seeks to develop vineyards that are as naturally self-regulating as possible, in order to best withstand the unpredictable coastal conditions. One point of emphasis is to promote the development of thicker-skinned grapes, which are less susceptible to the inherent disease pressures from these maritime sites.

Canopy management is particularly important in a coastal climate. This includes leafing, shoot positioning, green dropping, and fruit thinning. Occidental’s vineyard crews carefully tend to each vine to ensure that the clusters receive the proper amount of sunlight and air circulation.

After a long growing season, harvest in the Occidental vineyards often occurs in October. Each year Occidental’s goal is to pick its fruit at the early edge of ripeness, and it is important that all clusters on a vine be at the same level of ripeness. This requires the vineyard crew to make multiple thinning passes in August and September, as well as a final pass the day before harvest, to eliminate immature fruit. Even though yields in these vineyards are already painfully low in most years, it is still necessary to make these final thinning passes to produce pinot noir of the highest quality.

750 feet elevation. Poor-nutrient sandstone soils. SWK lies in the coolest corner of the property and is most directly exposed to the prevailing onshore winds.Dry-farmed and planted with a permanent cover crop of native fescue grasses.

On the top of South-facing ridge at elevations of 400 to 750 feet. Its soils are derived from fractured sandstone and decomposed marine sediments, and include the occasional marine fossil.

The most inland, planted east of the town of Occidental in 1998. A variety of stones and pebbles are distributed throughout the red, iron-rich sandstone soils. These are well-drained and highly permeable soils with just enough water holding capacity to support a dry farmed vineyard in balance. 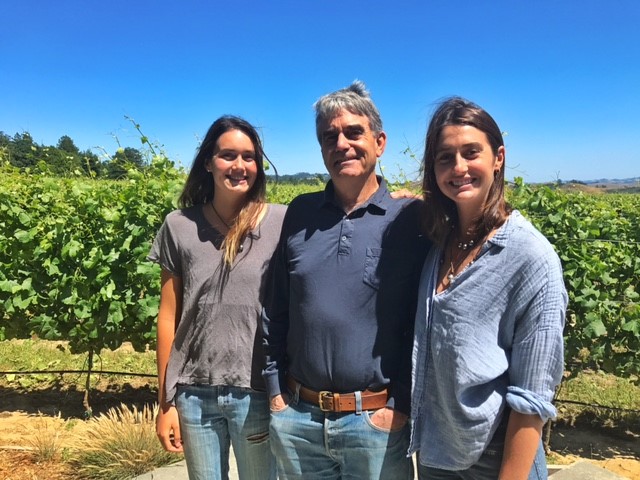 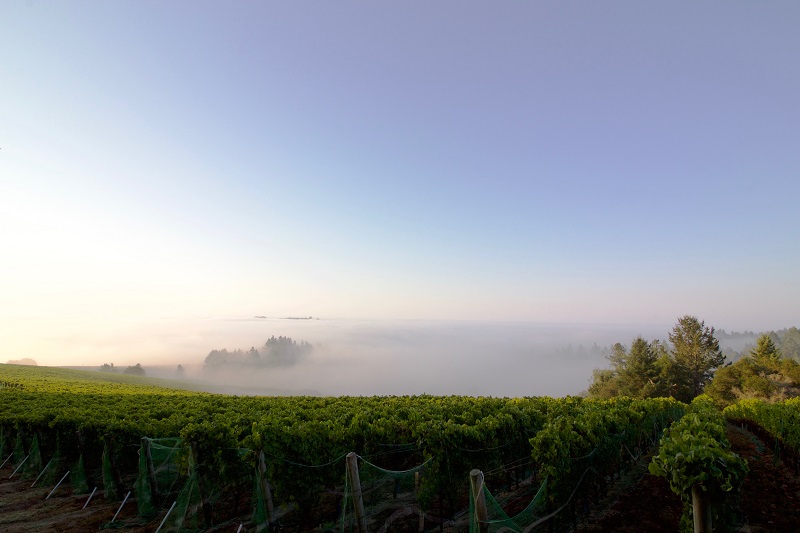 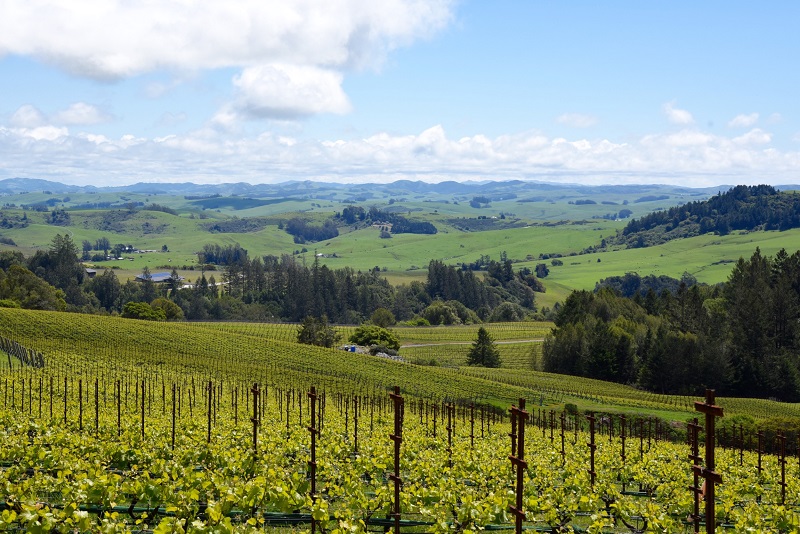 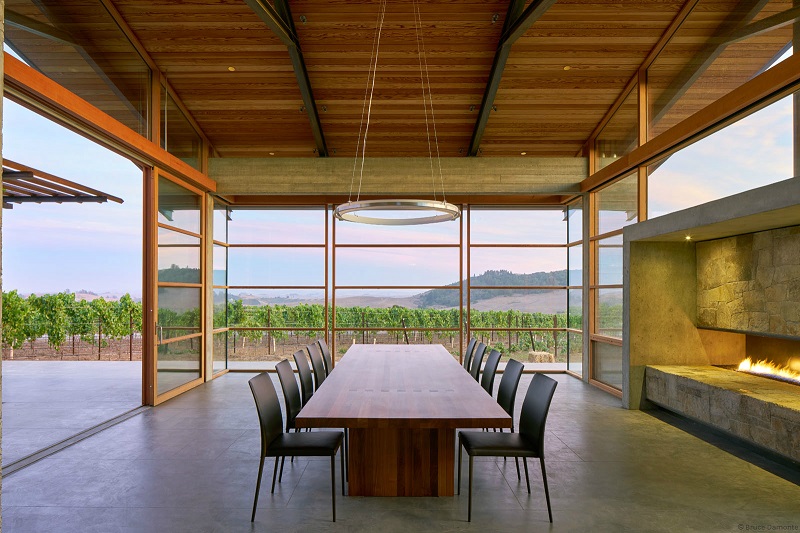